At HCLC, we are Building Faith in Every Home. This site connects you to resources and community support from others who are building a faithful home. Welcome!

But if you do not do what is right, sin is crouching at your door; it desires to have you, but you must rule over it.
Genesis 4:7b

Humans do not have to be taught how to sin.

Whether it is a law handed down by a parent, an employer, a government, or by God, each of us has an internal engine driving us off-kilter. Our propensity for sin is so profound, we even struggle to obey the "laws" ("resolutions"?) we set for ourselves. Even if you don't think sin is a universal condition among all people, you're still dealing with it. Yes. If you don't think you have a sin problem, I just told you that I think you're wrong.

So let's leave behind those who question the ubiquitous nature of the sin problem and talk about what God is saying about sin in Genesis 4:7.

In this verse God is speaking to Cain, the brother of Abel, just narrative moments before Cain goes ahead and murders Abel. I've occasionally heard people say, "I wish God had warned me before I did that." But if Cain's self motivation can be interpreted as applicable to all mankind, even God's warning isn't enough. And let's face it. God has warned you: "You shall not commit adultery." How's that impacting your internet browser history? God has warned you: "You shall not covet..."

I won't even ask.

So God has established, universally, the boundaries of sin and righteousness. In fact, God's warning to Cain that, "sin is crouching at your door", should be considered a warning to us all.

Sin is crouching at your door. 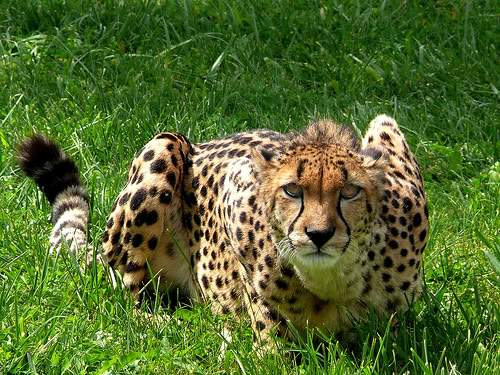 In this narrative, God himself is being quoted as the speaker. And when he talks about the behavior of sin, God uses a word normally reserved for big cats like tigers. "Crouching" is a hunting behavior. A big cat shrinks down into the turf, trying to make himself look as small as possible. Crouching is how a relatively large animal makes itself look relatively small for the sake of attacking and killing.

That is what God is saying sin is doing.

Take a moment and reflect on how sin is currently crouching at your door. We sometimes call it "temptation", but if that term is too generic, worn out from overuse, or sounds too "churchy" for you, then try this: in what ways are you trying to justify your life and actions by any standard other than God's? That's what Cain was up to. He wanted to kill Abel, God said not to, Cain did it anyway.

Sin was crouching at his door. Sin pounced.

I've witness the crouching/pouncing behavior in our family cats. If they crouch, they almost always pounce. Sometimes they pounce and "toy" with their prey. They bat the fly around for a while until the poor fly has nothing left. Sin does that too. This can lead to the feeling that sin is not actually harming you or it can perhaps cause you to mis-identify what is causing your trouble.

My sinful desire might be to drink too much beer. But sin's desire has nothing to do with alcohol. Sin's desire is to ruin me.

Maybe the beer/alcohol example is too obvious. As I mentioned earlier, God has also warned me against the sinful desire to have stuff that doesn't actually belong to me - to "covet". Surely that's a more innocuous "sin" than murder or drunkenness, right? But no, there's really no distinction of this sort that enables us to minimize a sin unless we try using our own standards instead of God's... and that's another kind of sin itself. Sin. Crouching. Always desiring to take me down. 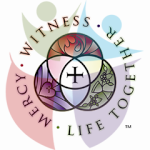 The Danger of Sin :: Comments